Ancestry Painting is a feature offered by 23andMe as a part of their Personal Genome Service. It is included in the Ancestry Edition and Complete Edition. It is accessed from the "My Ancestry" Menu on the 23andMe user interface.

Ancestry Painting examines the 22 bi-parentally inherited chromosomes one segment at a time and determines for each stretch whether it was most likely inherited from ancestors in Africa, Europe or Asia.

How do I use Ancestry Painting?

The family trees of all humans living today lead back to an African homeland about 200,000 years ago. But 23andMe's Ancestry Painting feature takes a look at the more recent heritage of your chromosomes, segment by segment. It identifies the pre-colonial home continent – Africa, Asia or Europe – for the person who passed you each individual stretch of DNA along the 22 chromosomes that are inherited from both parents.

Unlike the sex chromosomes and the mitochondrial DNA, which are inherited as blocks, the 22 biparental chromosomes, known as autosomes, are scrambled during reproduction. Through a process known as recombination, each parent pulls his or her paired set of 22 autosomes into chunks, then reassembles a new single set using half the material from each pair. The two single sets of chromosomes from each parent are combined into a new paired set when a sperm fertilizes an egg.

Though every person has two copies of each chromosome – one from mom and one from dad – only one set of chromosomes in the Ancestry Painting feature is depicted in order to make it easier to read. So you should keep in mind that each single chromosome as drawn in the painting really represents the composition of two paired chromosomes.

There are an infinite number of ethnic combinations that can be displayed on Ancestry Painting. Below are just a few examples. 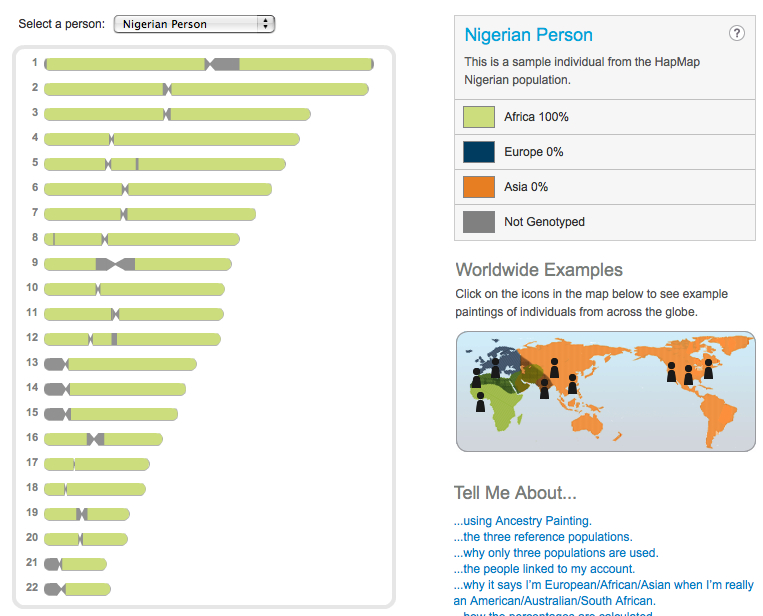 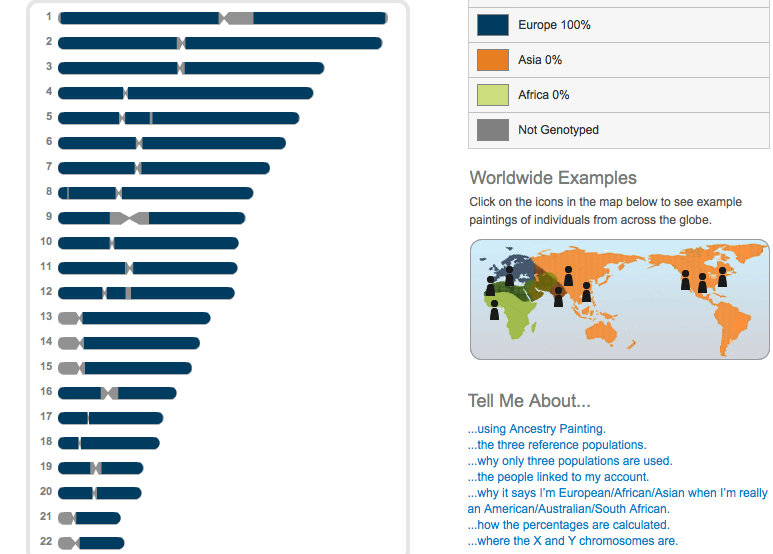 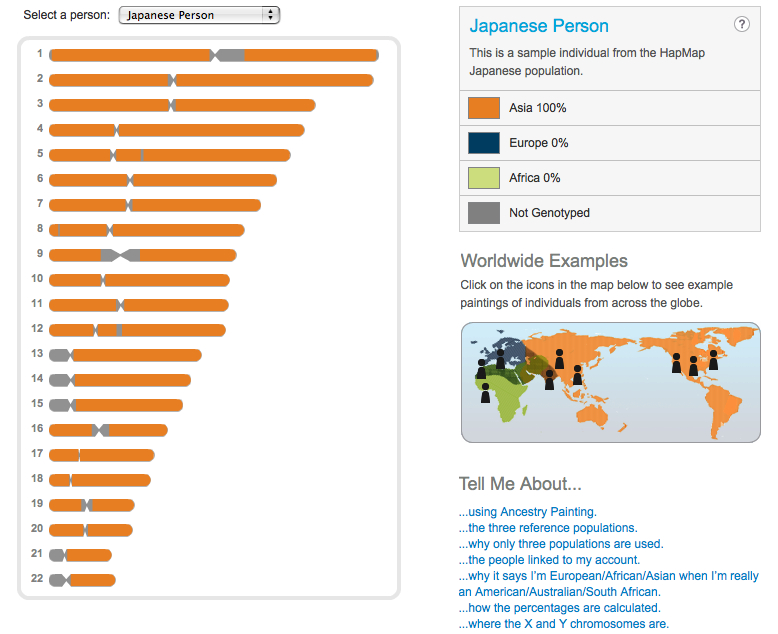 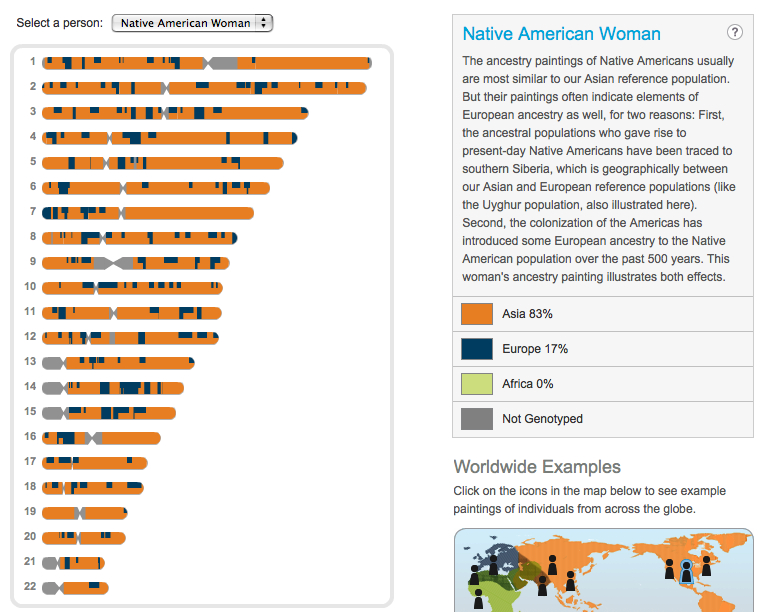 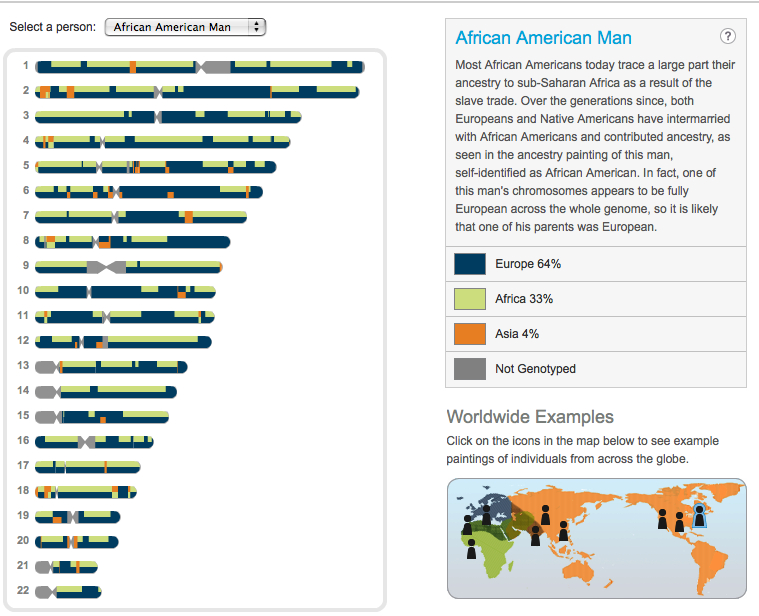