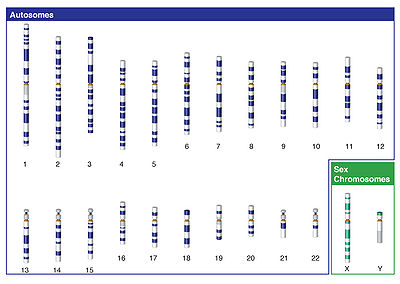 Autosomal DNA tests for genetic genealogy are provided by 23andMe, AncestryDNA, Family Tree DNA (the Family Finder test) and MyHeritage DNA. The tests from AncestryDNA, Family Tree DNA and MyHeritage are genealogical DNA tests which give you matches with genetic cousins and also give you admixture percentages. The 23andMe test is a genealogical DNA test but also provides information on health and traits. The cousin-finding element of the 23andMe test is known as DNA Relatives (formerly Relative Finder).

The tests from Family Tree DNA and MyHeritage are sold worldwide.

The AncestryDNA test is sold in the United States, the United Kingdom, Ireland, Canada, Australia and New Zealand. It was launched in an additional 29 countries in February 2016.[1] The 23andMe test is available in 56 countries. The Family Finder test is available worldwide. For further information see the article on shipping DNA kits, which includes information on shipping costs together with a list of package forwarders.

The current 23andMe test is now available within all all 50 US states, American Samoa, Guam, and the U.S. Virgin Islands. Due to separate local regulatory requirements, 23andMe does not offer the US product in Puerto Rico and the Northern Mariana Islands.[2] Prior to FDA approval the 23andMe test was not available to customers in New York and Maryland.[3][4]

Autosomal tests are also offered by the Genographic Project (Geno 2.0) and Living DNA but these tests will currently only provide you with admisture percentages and haplogroup assignments and cannot be used for genealogical purposes as they do not give you matches with genetic cousins. Living DNA plan to add a cousin-matching feature in 2018. The Geno 2.0 Next Generation test from the Genographic Project, which was launched in August 2015, can be transferred to the Family Tree DNA Family Finder database. The Helix NextGen test from the Genographic Project which has been sold in the US since November 2016 is not compatible with the transfer programme.

For autosomal DNA testing one should always test the oldest generations first wherever possible - your parents, grandparents (if you are lucky), aunts and uncles. By testing yourself as well as your parents you will be able to determine which segments have been inherited from which parent, and you will also be able to rule out coincidental (Identical by state) matches. A two-parent/child trio also provides the best results for the purposes of phasing and chromosome mapping.

If you have tested at AncestryDNA, MyHeritage or at 23andMe (version 3 and version 4 chips only) you can transfer your results to Family Tree DNA through their autosomal DNA transfer program. A small fee is payable to access the chromosome browser feature and the MyOrigins report.