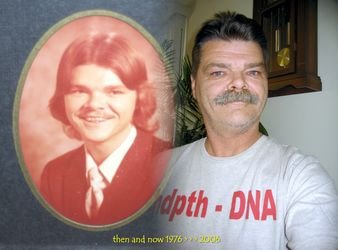 Kenny was born and raised in Southern California and attended high school with Nicole Brown Simpson at Rancho Alamitos High School.  He began doing genealogy at the age of thirteen and became an early pioneer of genetic genealogy when he founded the hdpth DNA project in September 2003. Kenny subsequently set up DNA projects for the surnames Aitken, Bixby, Sealy, Stonebraker, Stowe and Thalls. He was also the group administrator of a geographical project for the English county of Northumberland.

Kenny became an ISOGG co-founder when he answered the call to attend the organizational meeting held at the SCGS (Southern California Genealogical Society) Library in Burbank, California, in January 2005.

Kenny designed and won the ISOGG logo competition and facilitated the creation of vinyl banners and business cards for use at genealogical conferences. He volunteered to staff the booth at many of these conferences including SCGS Jamboree in Burbank, California; Stones, Tomes and Ancient Bones in Corona, California; and the Who Do You Think You Are? LIVE! conference in London, England.

Additionally, he answered hundreds, if not thousands of questions about genetic genealogy. Most of his correspondence occurred through the two ISOGG and DNA-NEWBIE Yahoo Groups he founded in 2005. He also answered questions for beginners at the quarterly SCGS DNA Interest Group meetings.