(Redirected from YDNA)
This page contains changes which are not marked for translation.
Other languages:
English 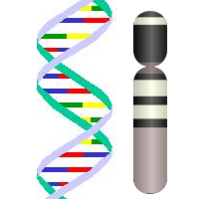